What You Need to Know About Probiotics & Your Oral Health 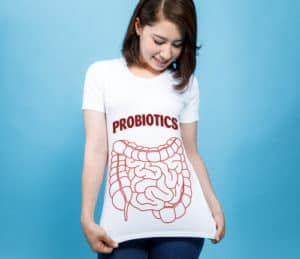 Probiotic use is typically associated with digestive health and even as a “good bacteria” replacement after a round of antibiotics. But can probiotics also be beneficial for oral health? At our dental office in Wicker Park, we’ve been hearing about some research that may show a positive correlation between certain probiotics and healthier mouths. In this blog, we take a closer look at those studies to see if there is in fact an oral health benefit to taking probiotics.

We know that probiotics have been heavily talked about in recent years, but what are they, exactly? Basically, probiotics are live microorganisms, usually bacteria, that help support the digestive system. The term bacteria has typically always meant something negative, something that makes us sick. The truth is, there is both bad and good bacteria. Probiotics fall under the category of good bacteria, or friendly bacteria.

Different probiotics tend to help with different things. Most commonly when we talk about probiotics, we’re referring to those that help in digestion. These are the ones that are found in yogurt and other foods that contain “active cultures.” But the probiotics researched in relation to oral health are different.

These probiotics are often referred to as oral probiotics. This term is not necessarily used to describe probiotics that are taken orally, but rather those that have been researched to see if they have impact on oral health. Following several studies, research suggests that there may be a positive correlation between specific types of probiotics and reducing the risk of gum disease, plaque, and bad breath.

A Closer Look at Bifidobacterium & Lactobacillus

Again, there is still more research to be done on the relationship between probiotics and oral health. Because of this, we don’t recommend starting yourself on a probiotics regimen before discussing it with your medical team, including your dentist in Wicker Park.