Lockjaw vs. Jaw Lock: Are They The Same Thing? 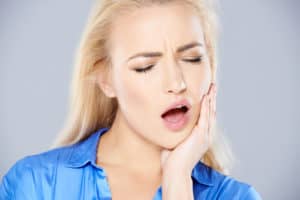 Lockjaw and jaw lock are two very similar terms that could mean two very different things. While both insinuate the jaw becoming stuck, or ‘locked,’ and both can have similar symptoms, only one is actually related to dentistry. At my Chicago dental office, we want to explain the difference between the two.

Many times dental patients will describe the sensation of a stuck jaw as lockjaw. This isn’t entirely accurate. Technically, the term lockjaw refers to symptoms associated with the bacterial infection called tetanus. Tetanus is usually contracted from a wound caused by a rusty piece of metal, while the bacteria itself thrives in soil, dust, and manure. When someone gets tetanus, muscle spasms are a common side effect. These spasms can affect the muscles in the face and jaw, causing the joint to tighten and allowing the person to feel as if the jaw is, in fact, locked. Tetanus is a very serious infection and can result in death if not treated. Although less prevalent nowadays thanks to vaccines, tetanus is still possible so make sure to seek medical attention if you’re experiencing symptoms of a tight or locked jaw.

Jaw lock is the term used to describe a locked jaw caused by the temporomandibular joint, also commonly referred to as the TMJ. Although still painful, scary, and serious, jaw lock won’t lead to death, but should still be evaluated and treated by a dentist in Chicago.

Patients with jaw lock typically can’t predict when their jaw will become stuck, either opened or closed, and most of the time there’s a lot of pain when trying to move it. There are several explanations to how and why this happens. It could be related to a bad bite (malocclusion), causing the jaw and facial muscles to become inflamed and function improperly, or it may be a result of an injury to the cartilage in the jaw joint, sometimes caused by grinding or clenching.

Signs of a Problem

Signs of a TMJ issue can vary from person to person, and not everyone experiences the locked jaw sensation. Some of the most common symptoms include:

If you’re experiencing signs of a jaw problem, call my Chicago dental office to schedule an appointment. We’ll review your symptoms and discuss the best treatment to help relieve the pain and annoyance of a locked jaw.